The Chromebook Pixel 2013 is currently in End-of-Life status. The last official Chrome OS version available on the device is 69, with no Android or Linux subsystem support.

FydeOS for You - Chromebook Pixel 2013 offers a new option for this device, providing a new version of Chromium that follows the upstream project and full support for ancillary features, including the Android and Linux subsystem.

It is important to note that the stock firmware for the Chromebook Pixel 2013 is pretty outdated and thus does not support the hardware virtualisation interface required for the Linux subsystem. If you wish to enable it in FydeOS for You - Chromebook Pixel 2013, you will need to flash a third-party firmware provided by for this device.

This tutorial will show you how to flash MrChromebox firmware for Chromebook Pixel 2013 that carries the stock firmware.

Attention! Writing firmware could be dangerous! Although the FydeOS team has tested this tutorial, but there is still a chance that it might fail. Should this happens, the device might not boot up, and data may be lost permanently. Fyde Innovations cannot be held responsible for the potential risks. Please think twice before proceeding, as all following actions will be at your own risk.

Attention! You will not be able to boot the Chrome OS, and all data saved on the system will be completely lost after the procedure. Please back up everything and be prepared to install a new system before doing so.

If you are unsure how to do this, please refer to this . 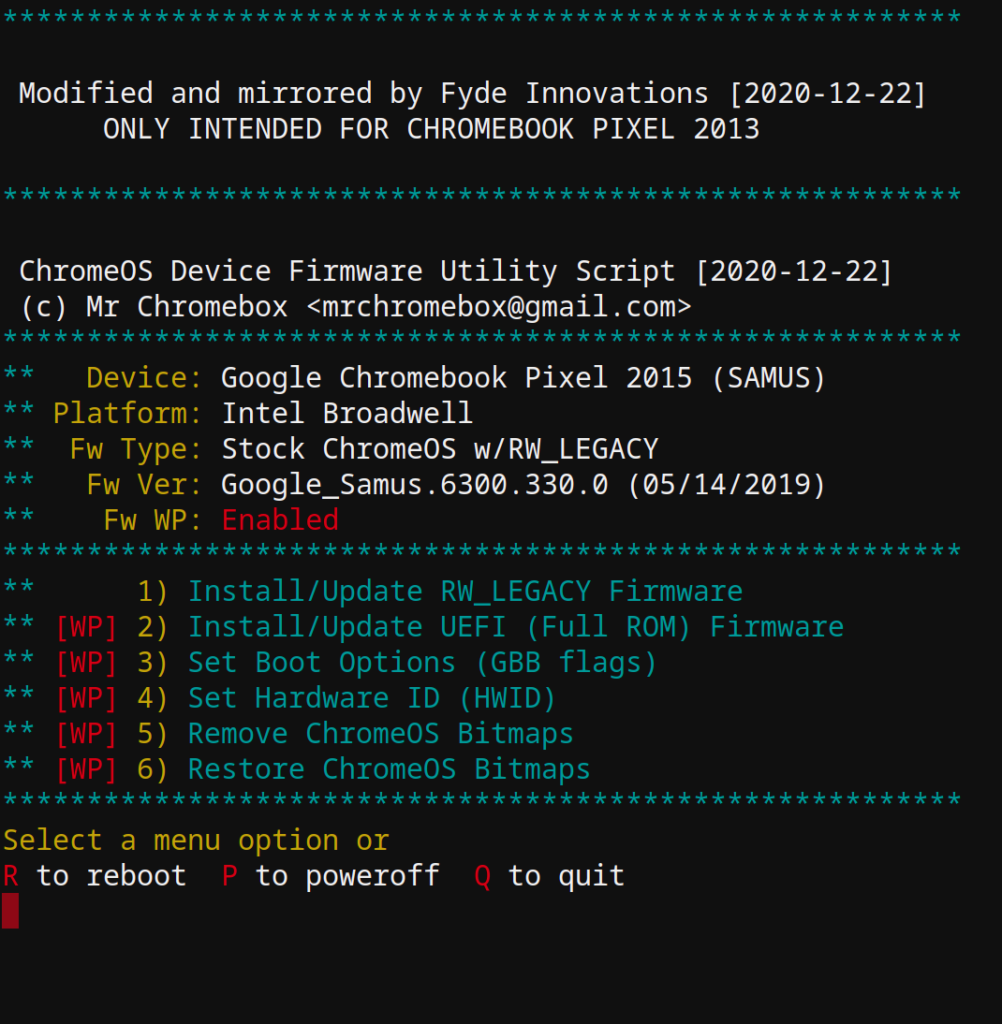 #Install FydeOS for You - Chromebook Pixel 2013